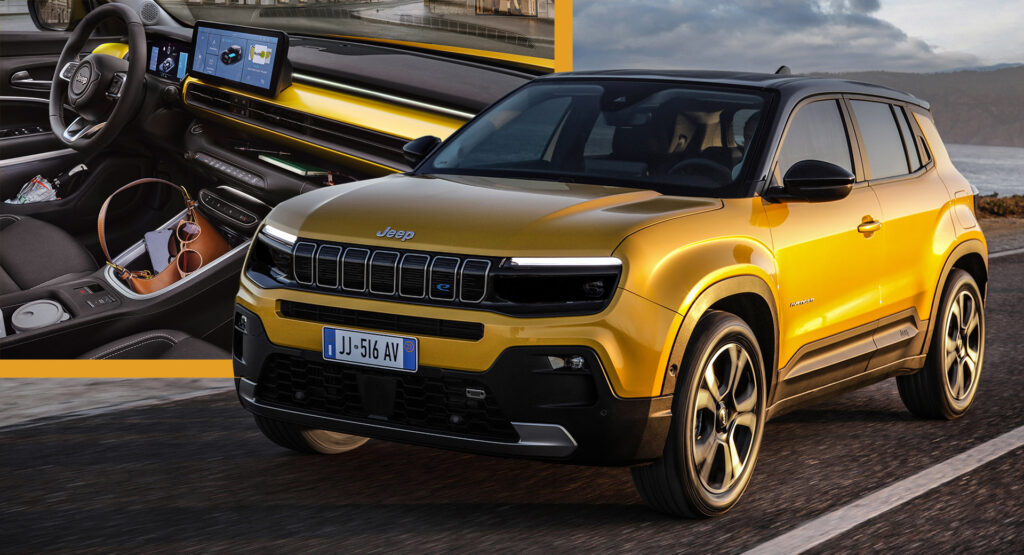 The Jeep Avenger, the brand’s first-ever fully electric production vehicle, premiered at the 2022 Paris Motor Show. The small SUV that is designed for the European market is based on Stellantis underpinnings, coming with a front-mounted electric motor and a WLTP range of 400 km (249 miles).

Jeep had already revealed the design of the Avenger on the Jeep 4Xe day last month, but we now get a massive gallery showing the model from every possible angle, together with interior shots and the announcement of its specifications. 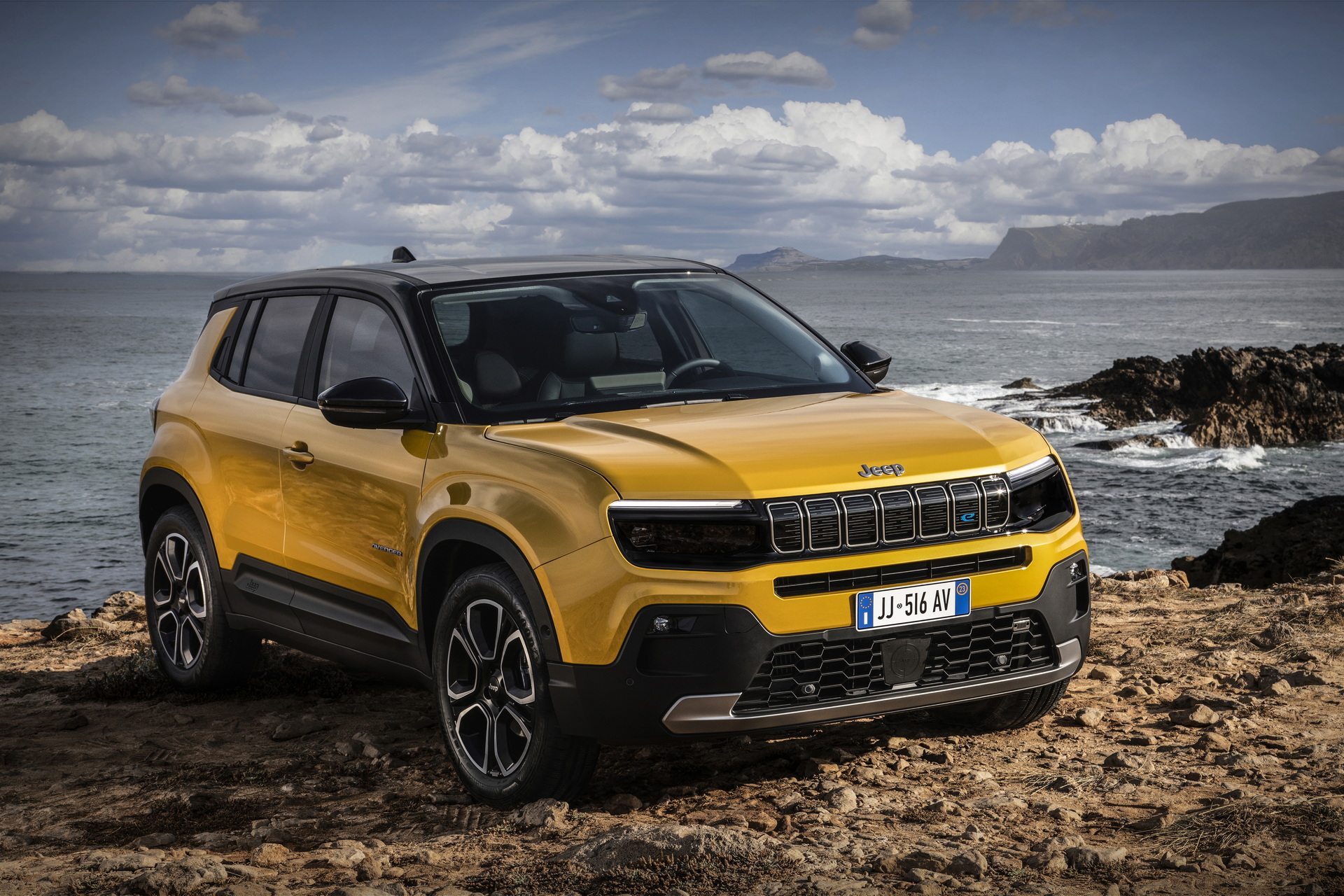 The Jeep Avenger is based on the eCMP architecture, just like the Peugeot e-2008, the Opel Moka-e, and the Citroen DS3 E-Tense, although it is the most compact of the bunch, measuring 4,076 mm (160.5 inches) long. This figure makes it 154 mm (6.1 inches) shorter than the Renegade, placing it as the new entry point in Jeep’s range.

The SUV is fitted with a 400-volt front-mounted electric motor producing 154 hp (115 kW / 156 PS) and 260 Nm (191.8 lb-ft) of torque. Those numbers are identical with many other EVs from the Stellantis portfolio, but Jeep says that the second-gen electric motor is the first one to be launched by Emotors – a joint venture by Stellantis and Nidec Leroy-Somer Holding.

Energy is stored in a battery with a capacity of 54 kWh that is mounted under the front and rear seats and the central tunnel. Jeep claims that the WLTP range is 400 km (249 miles) in the combined cycle, and up to 550 km (342 miles) in the urban cycle where EVs are most efficient. Using a 100 kW Mode 4 cable and a fast charger, the battery can charge from 20-80% in 24 minutes, or add 30 km (19 miles) of range in three minutes. When plugged into a regular wallbox using an 11 kW Mode 3 cable, a full charge takes 5.5 hours. 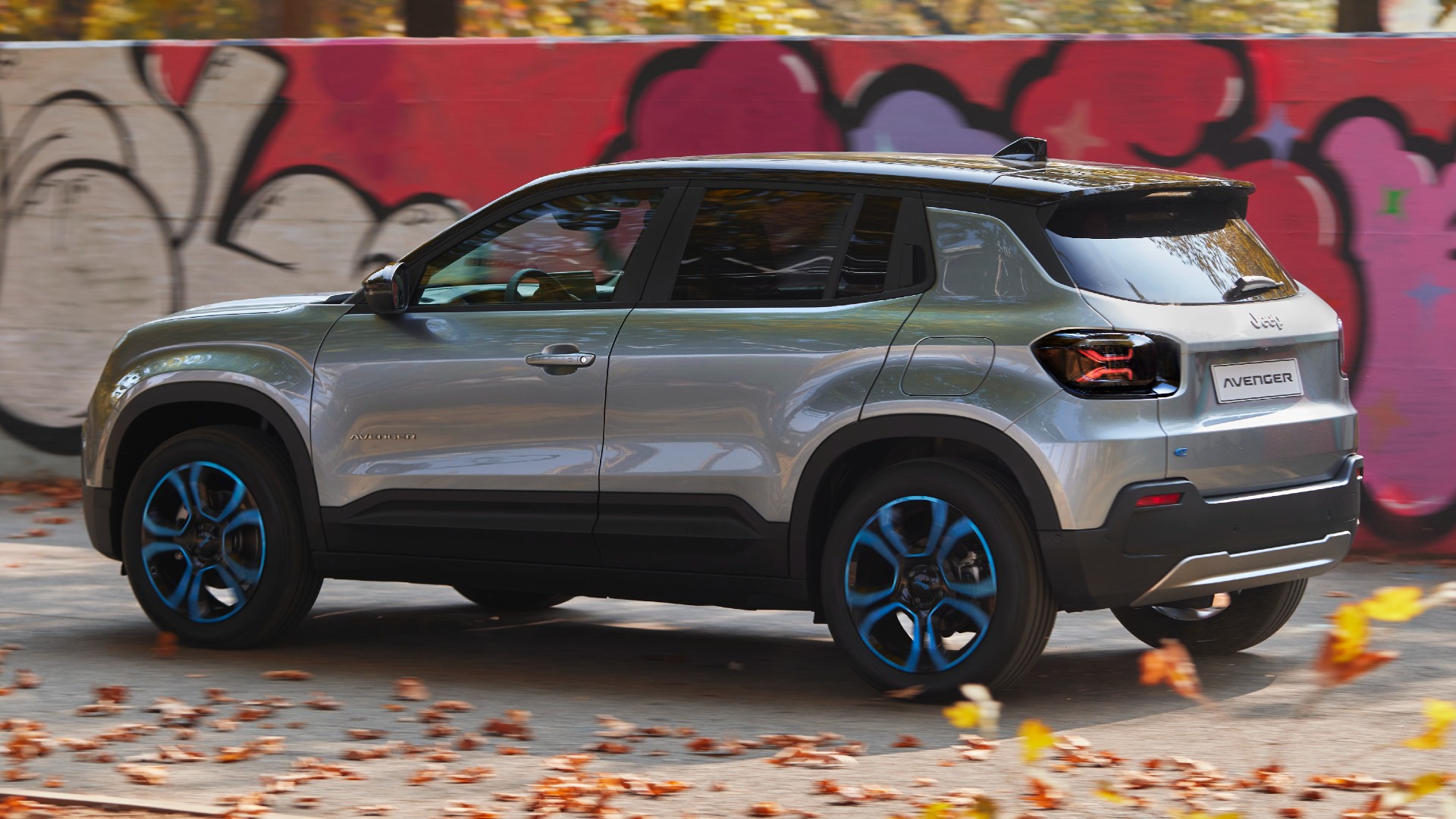 Despite earlier rumors, there is no mention of an all-wheel-drive variant, with the zero-emission Avenger being an FWD-only model for now. Interestingly, Jeep said that in Italy and Spain the Avenger 1st Edition will also be available with a turbocharged petrol engine alongside the EV. This will most likely be the 1.2-liter Puretech from Stellantis’ parts bin, which explains the visible dual exhaust pipes in earlier camouflaged prototype sightings.

The Avenger might be a civilized B-SUV, but Jeep hasn’t forgotten its origins. Thus, the model offers the best ground clearance in its segment sitting 200 mm (7.9-inches) from the ground, while having good off-road angles thanks to the short overhangs. More specifically the approach and breakover angles are 20 degrees, and the departure angle is 32 degrees. The model also comes standard with Jeep’s Selec-Terrain (with Normal, Eco, Sport, Snow, Mud, and Sand modes) and Hill Descent Control.

The Jeep Avenger will be produced in Stellantis’ plant in Tychy, Poland, following recent investments. The model is already available for pre-orders, with a market launch expected in early 2023. The company suggests that the Avenger is the first of a full “portfolio of capable, fully electric vehicles” which will be “right-sized for Europe”, confirming four EV launches by 2025. Antonella Bruno, Head of Jeep Europe, expects the Avenger to become the best-selling model in Jeep’s portfolio by 2024.